With our second anniversary under our belts, I can’t help but reflect with pride and joy on how much we’ve grown together as a couple and separately as individuals. Two memories from each year together stood out in particular when putting this post together. Let’s take a walk down memory lane shall we? 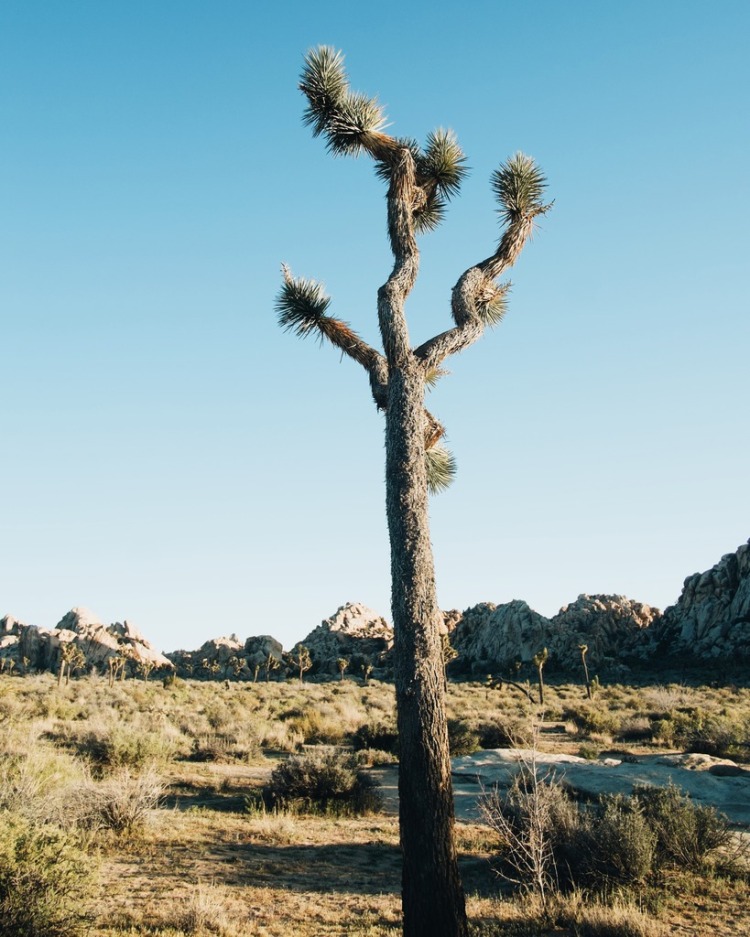 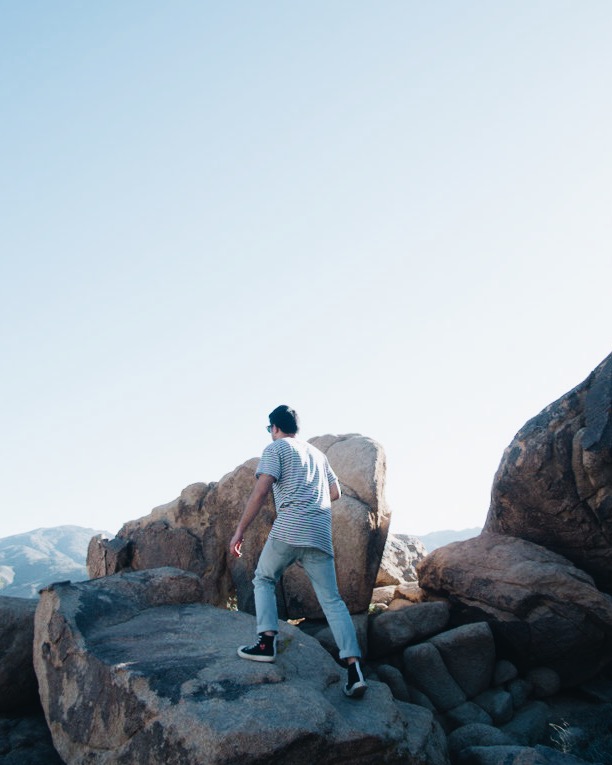 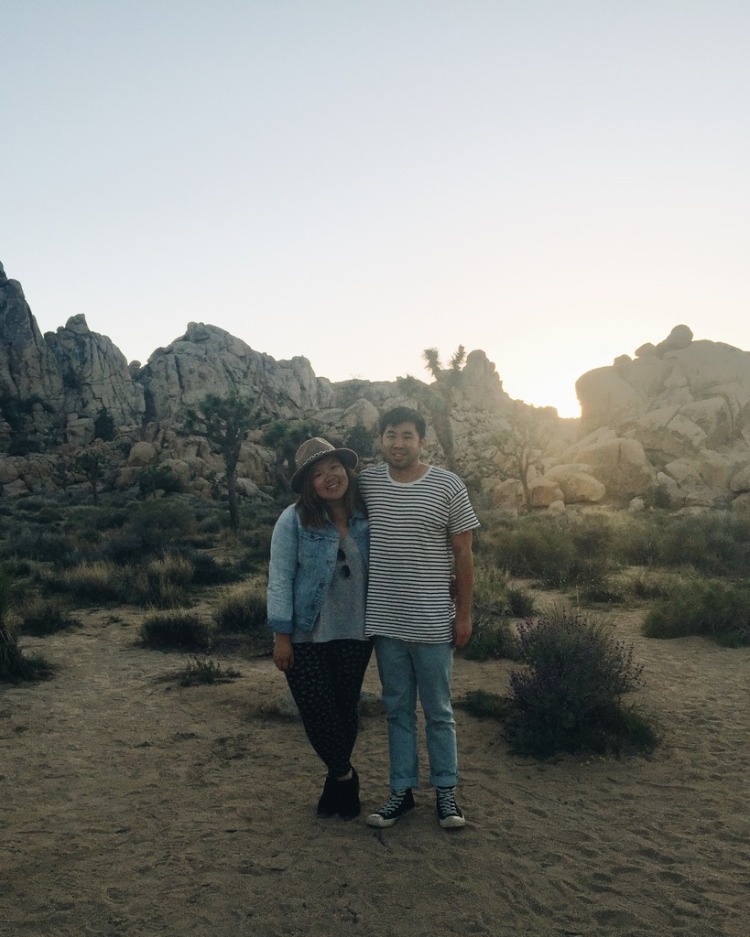 ONE:
It was a crisp Autumn evening in September. The year was 2014–back when Summer knew when to call it quits after it had its fun in the sun. We had just finished our usual weekend routine of chasing the sunset and backcombing alleys to shoot photos for a blog that we had just started. Normally when we finish a photo adventure, the car ride home is full of excitement as the passenger (usually me) is excitedly flicking through the playback on the camera–oohing, ahhing, and reliving the beautiful moment we just had. This car ride home from Melrose though was silent. The Flaming Lips’ Yoshimi Battles the Pink Robot was playing softly in the background as I grumpily watched cars and buildings passed by. Looking back now, it seems so silly to have been so upset about my camera being in the wrong setting, about not being able to figure it out until after we finished the shoot, and mostly about Brandon not stopping to help me figure it out because the light was disappearing and we didn’t have time for my needs (#bloggerproblems amirite?).

As a young couple, we were just beginning to figure each other out–each others’ ticks, strengths, weaknesses, etc. He didn’t know yet just how detailed orientated I am or just how hard it is for me to see the bigger picture when one thing throws a wrench in my plan. I didn’t yet know that I would eventually become grateful that his logic balances out my emotions, or that he will often help me see the things I need to let go of so that I could move forward with my goals. Case in point: The light was quickly disappearing into the horizon; we had one functioning camera; we clearly had no time to troubleshoot my camera. I had to let go of my controlling need to shoot with my own then-new-to-me camera. The goal was to get pictures for the blog, and in the end, we did accomplish this goal, but I wasn’t happy about it. I was so wrapped up in my frustrations and my pride that the time it took to get home seemed to have passed by as quickly as buildings did while we were on the freeway. Another ritual we have is to shower together (in the name of saving water…) after a long day, and so we did just that. The water seemed to wash away all the anger I had, and I finally broke the silence with an apology. In the days leading up to this moment, I remember us talking about saying “I love you,” and so when I looked up at him, I knew that I would mean them when I said them. I knew then too that he wanted to say them (and would mean them too), but being the control freak I am, I told him we couldn’t say it for the first time while we were in the shower. He waited for a “more appropriate time” (whatever that meant) to utter those three magical words when we were snuggled cozily in his twin-sized bed located in the walk-in closet of his studio apartment. That was the night we first said “I love you” to each other. End first memory.

Since then, there have been many more “I love you’s” uttered between us and more fights turned into lessons learned about each other. Now looking at these photos, another memory is triggered…

TWO:
It was a toasty morning in March. The year was 2016–when Summer took over prematurely and wouldn’t know when to call it quits until after Halloween. We had just left our Airbnb after a few days in the desert. Our last photo adventure of the trip planned would be the windmill farm in Palm Desert. I again was in the passenger seat, but this time, the car was ride was not silent. We were scouting for the perfect place to pull over so I could take a certain picture (my detail-orientatedness was rearing its ugly head again). Before we started dating, Brandon had shot a dreamy photo of a windmill with his film camera and I was dying to recreate it. A few u-turns and dead-ends later, we finally pulled over and trudged through what seemed like miles of sand so I could get close enough to get my shot. I remember feeling thankful for his silent and stoic patience, and also feeling determined to get the shot (which he wouldn’t let me forget that his was a 1/1 shot and that it was on film). After probably 30 minutes of trekking and of disappointed attempts to get the shot, we headed back to the car and back home. Two hours and one shower later, we were snuggled in my full-sized own bed in my studio apartment excitedly flicking through a shared 34gb of photos–oohing, ahhing, and reliving the beautiful moments of the last few days. After hundreds of clicks, I finally came across the windmill set and I remember feeling deflated but not yet defeated. I tinkered around with the photos and excitedly showed him the results. It wasn’t the picture but he celebrated with me anyhow. I savored this feeling of being thankful that he now understands and even fulfills my quirky needs, appreciates my strengths, and helps me overcome my weaknesses. It felt like I had fallen in love with him all over again that morning, but this time, it was a deeper kind of love. That was the moment I knew our love was our own, and that I wouldn’t find a love like this again. End second memory.

In between these two juxtaposing memories, we’ve grown. Like getting to know to use our not-new-to-us-anymore cameras, we are no longer new to each other: we’ve learned how each other functions, and under which conditions we work the best (and the worst). We’ve learned to compromise so we win as a team, to support each other’s dreams, to help each other through challenges, and to love each other deeply and unconditionally. Every time I look at these photos, I am reminded of just how much I love our love, and I can’t wait to fall in love all over again next weekend when we go back to this magical place. And maybe, just maybe, this time, I’ll get the shot.