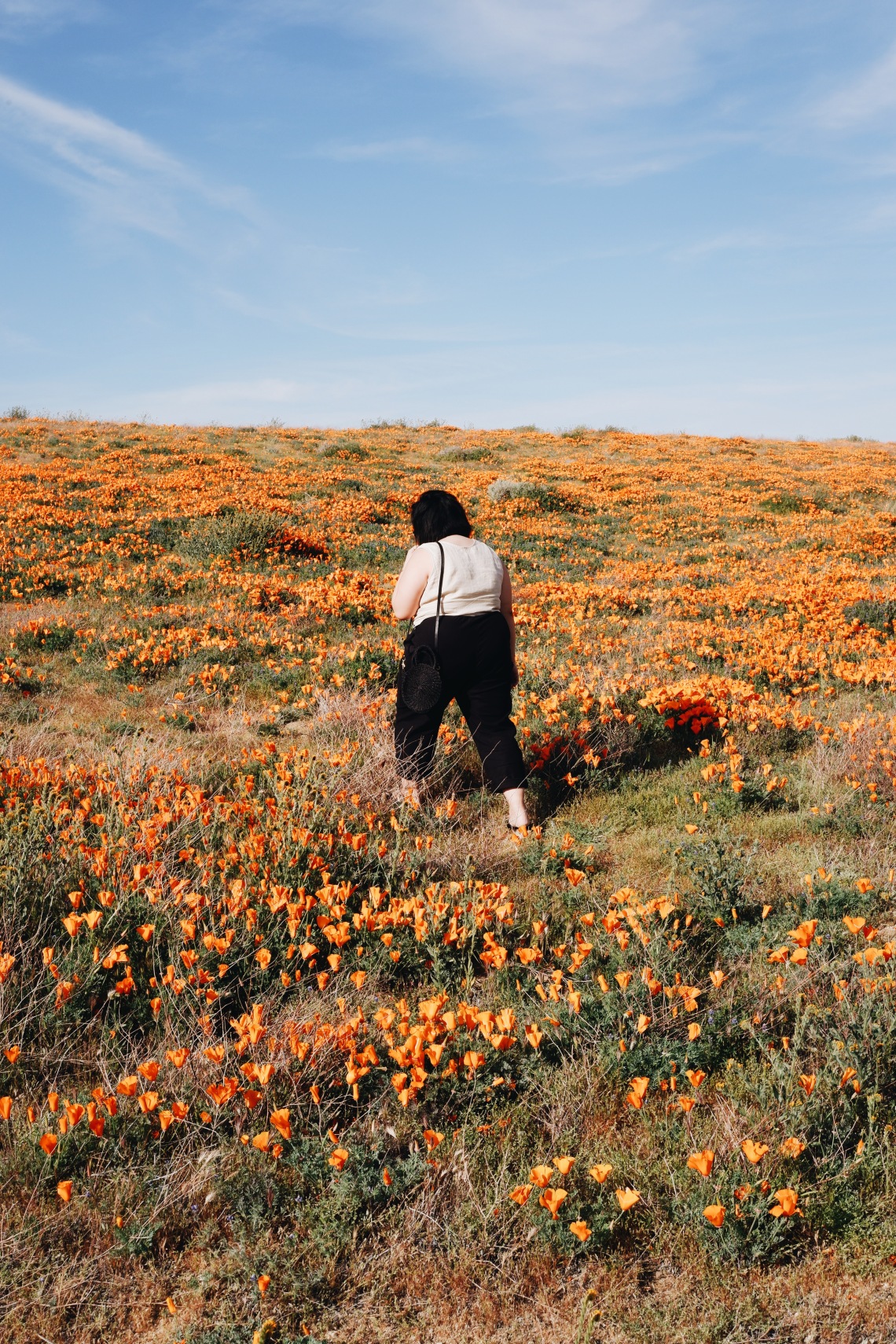 “Maybe the journey isn’t so much about becoming anything. Maybe it’s about unbecoming everything that isn’t really you, so you can be who you were meant to be in the first place.” 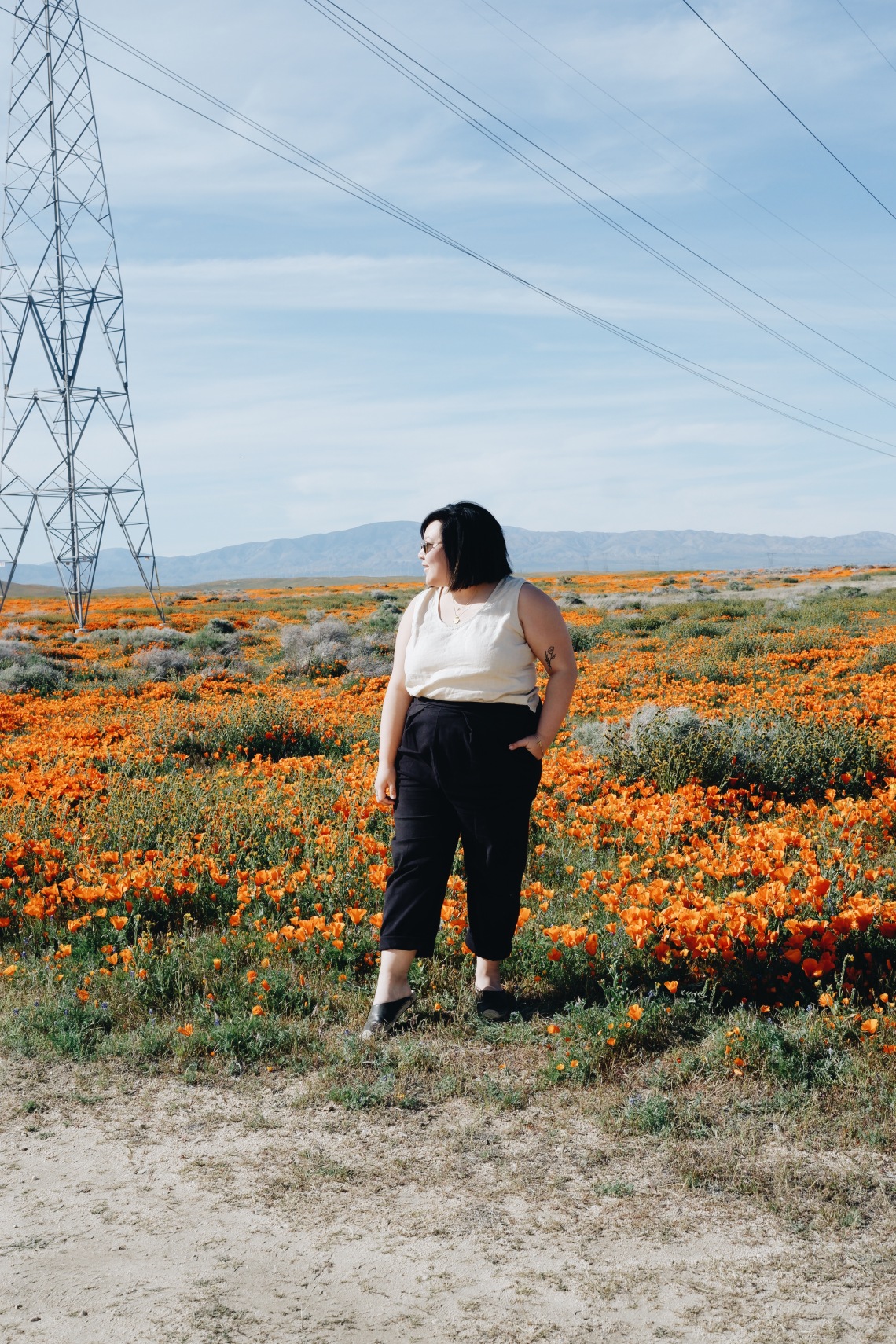 This blog post has been a long time coming. Not only because we’ve been meaning to go see this year’s Super Bloom for weeks, but also because I’ve been struggling with a lot of “should’s” in my life lately.

Ever since December, social media (mainly Instagram) has taken a backseat in my everyday life. The end of last year brought a flood of should’s that I’m still wrestling with: I should be more vocal. I should be more politically active. I should be thinking and feeling like these people. I should be doing and saying things like those people. I should be more like her. I felt lost. I couldn’t differentiate between my own thoughts and the thoughts of others. My internal compass could longer point me North, and so I decided to take a break. I didn’t post as often as I once did, and I spent less than 10 minutes a day scrolling through my feed. 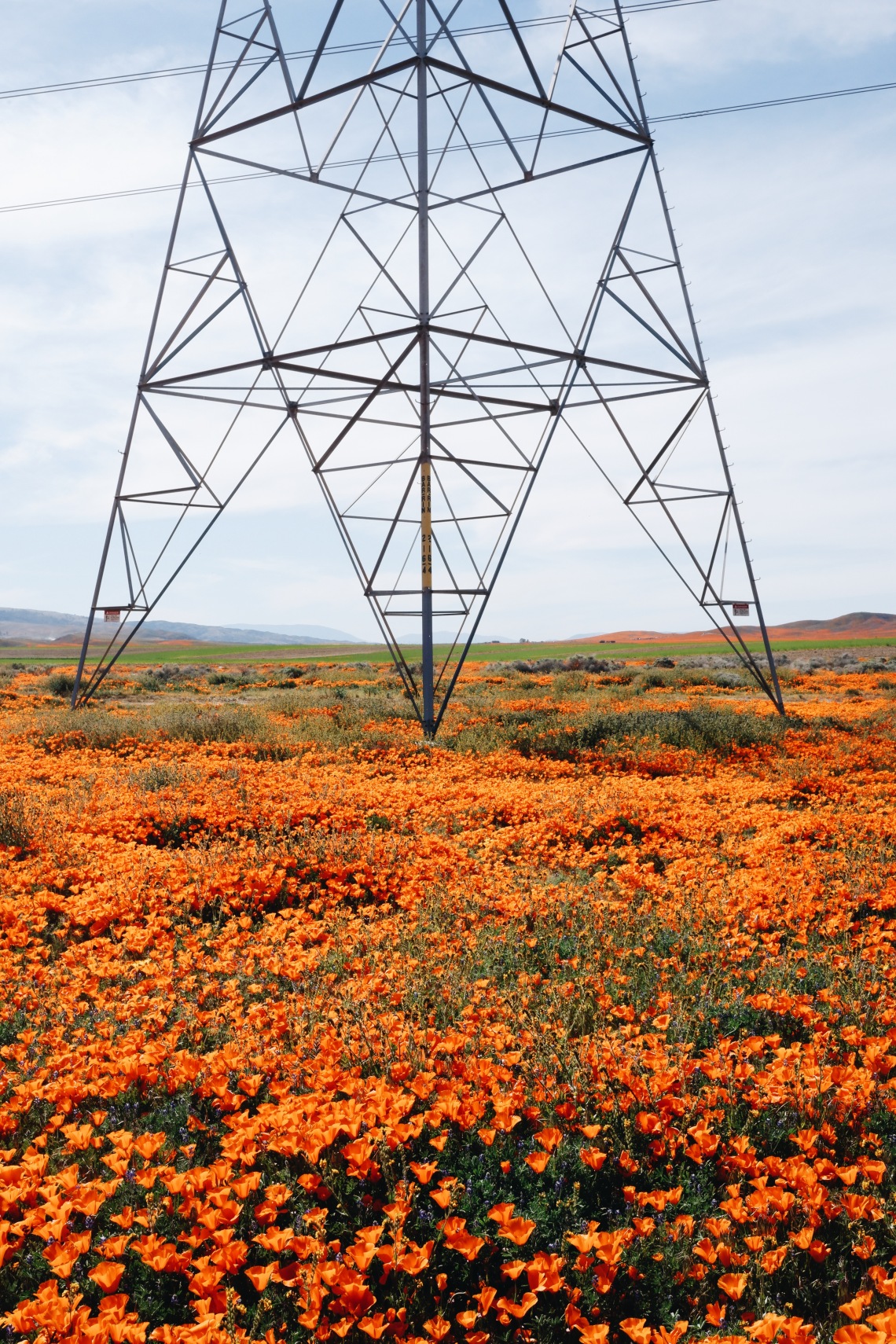 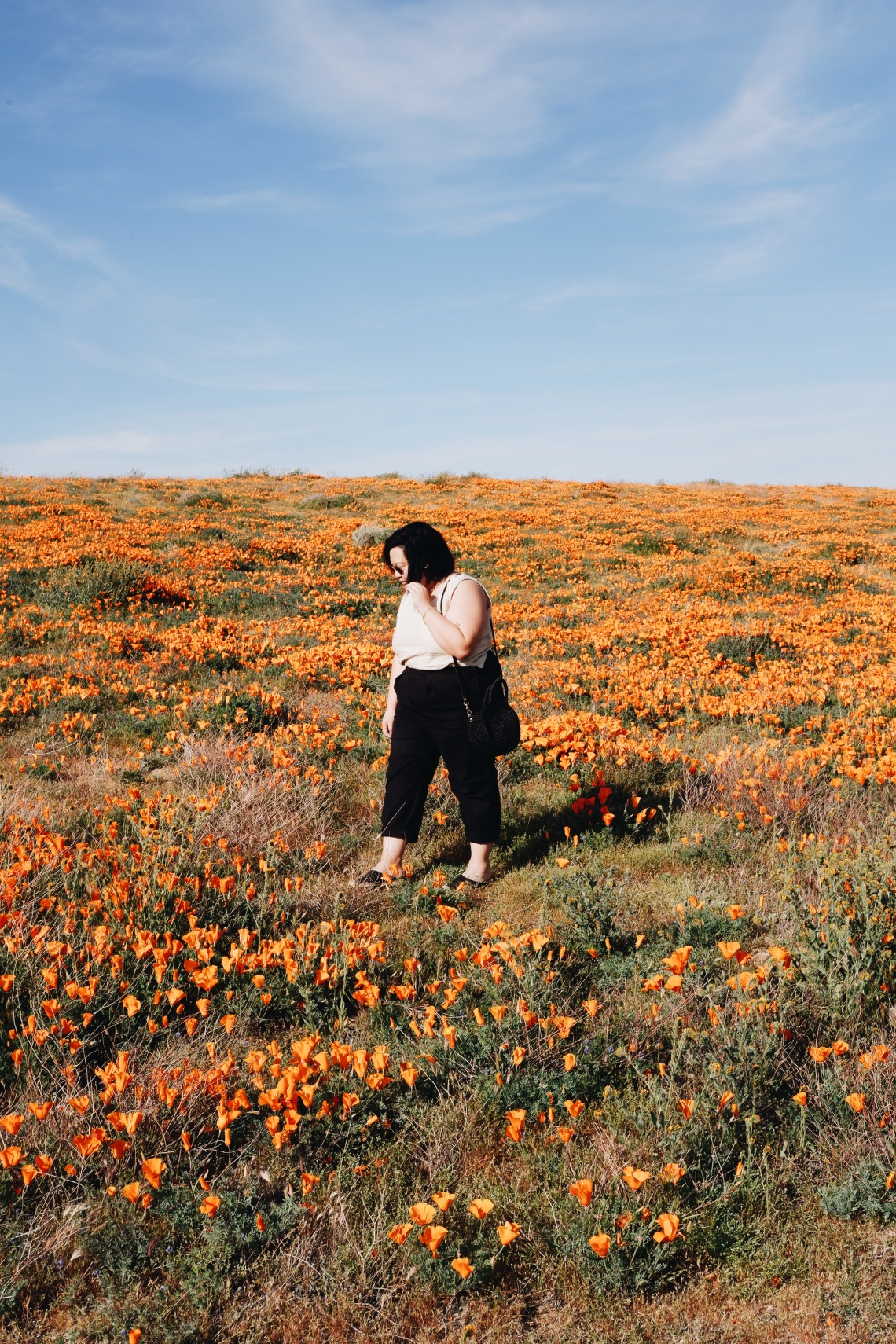 Over time, I could hear my own voice again. I let go of all the shoulds. I wrestled with the discomfort. I realized the lessons that I learned: that I still need to set firmer boundaries; that not everyone is allowed access to me or is worthy of hearing my story; that I do have strong political beliefs; and that I need to continue to practice to let things go and people be, especially when I don’t disagree with them. I have since made peace with my decisions, with my beliefs, and with my values that are centered around kindness, acceptance, and empathy.

It’s been about a month that I’ve been back on the ole ‘gram. I’ve been starting to post more regularly and to spend more time scrolling through my feed. In this time, I’ve become hyper-aware of just how impressionable I am, specifically just how quickly I’ll be influenced to buy something or desire something (and also how easy it is for me to side with someone without getting the whole picture). Chasing minimalism over the last two-ish years has helped me refine my style by letting go of anything that didn’t bring me joy or serve a purpose in my life. Through decluttering 70% of my wardrobe last year, I un-became a lot of people that I thought I was supposed to be: the person who went out for drinks in sparkly tops; the person who was going to work out consistently and fit back into old clothes; the person who wore color in the Spring and Summer; the person who thought button downs made you a professional; etc. However, even within the minimalism and ethical fashion communities, there are trends that after enough exposure, I end up thinking I need in my own wardrobe. The shoulds have been slowly making their way back into my mind and clouding my judgement. Suddenly the wardrobe that I’ve carefully curated for the last two years doesn’t seem good enough anymore.

Take these photos, for example. I envisioned myself in a white or colorful sundress for these photos. I spent days hunting on Poshmark for the perfect dress to wear to visit this magical place and for the Spring/Summer seasons. I found myself craving color and tried to convince myself that I’d actually wear it if I bought it. I’ll admit that I even impulsed bought three dresses on Poshmark that I ended up immediately selling to a consignment store / giving to a friend. That was a major come-to-Jesus-moment for me. I realized just how easily influenced I still am, and just how much power social media holds over my choices. I often wonder what my style would be like if Instagram didn’t exist. Would it still be what it is now? Or would it be something entirely different? Who knows!

So maybe, just maybe, the process of unbecoming for me isn’t quite over yet. And it may never be over. 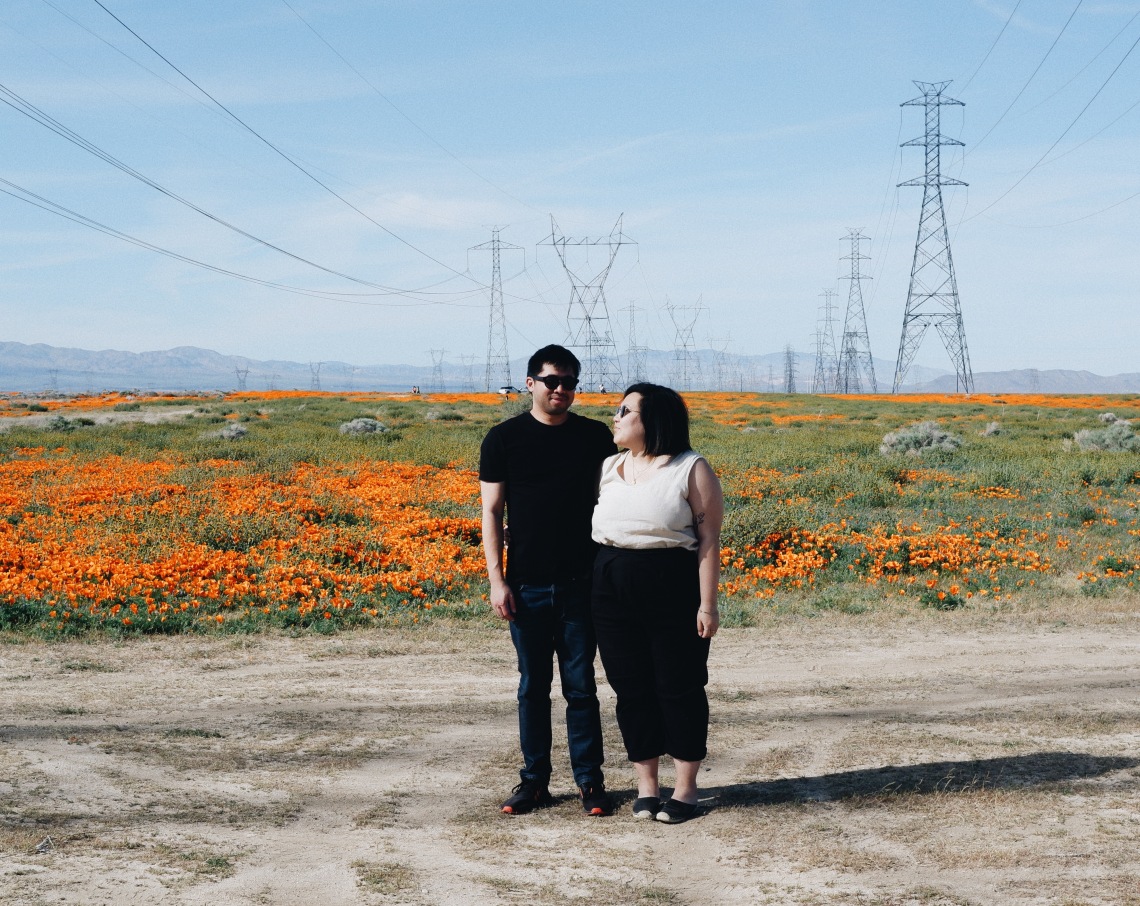 I’m not sure if I’ll ever find the perfect balance with social media; or if it’ll ever truly be a space for inspiration rather than for comparison; but I’m going to keep on trying to keep my feelings and thoughts in check while I am consuming social media. Before clicking purchase, I will try to slow down and ask myself: Do I really want this? Or do only I want it because I saw it look great on that person? Do I want it because it’s trendy? Or is it actually my style? Do I want it right now because I’m desperate for more Spring-y clothes? Or is this something I’m going to wear for seasons to come? I will also try to take more breaks from social media–whether it’s for a few days or even for a few hours a day.

This month, I’ve come to accept that my way of dressing for Spring/Summer is not the norm; and therefore, I need to be even more mindful of how influenced I’m becoming (especially when I’m considering things of color and girly dresses). Nor is my way of dressing all that original; and therefore, I need to follow more people who can inspire me to wear neutrals in different ways. It’s silly how often I forget that my Instagram feed is within my control.

There’s a fine line between being inspired and being influenced. I’m slowly learning to let go of all the notions of what I think a minimalist or an ethical fashion blogger should look like. Instead, I’m listening for my own voice because ultimately, I know what works best for my body, for my life, and for my style. I need to go back to dressing for me and not for the ‘gram. In the end, I am so glad I did wear what I wore to see these poppies. I never feel more like myself than I do in my neutrals. 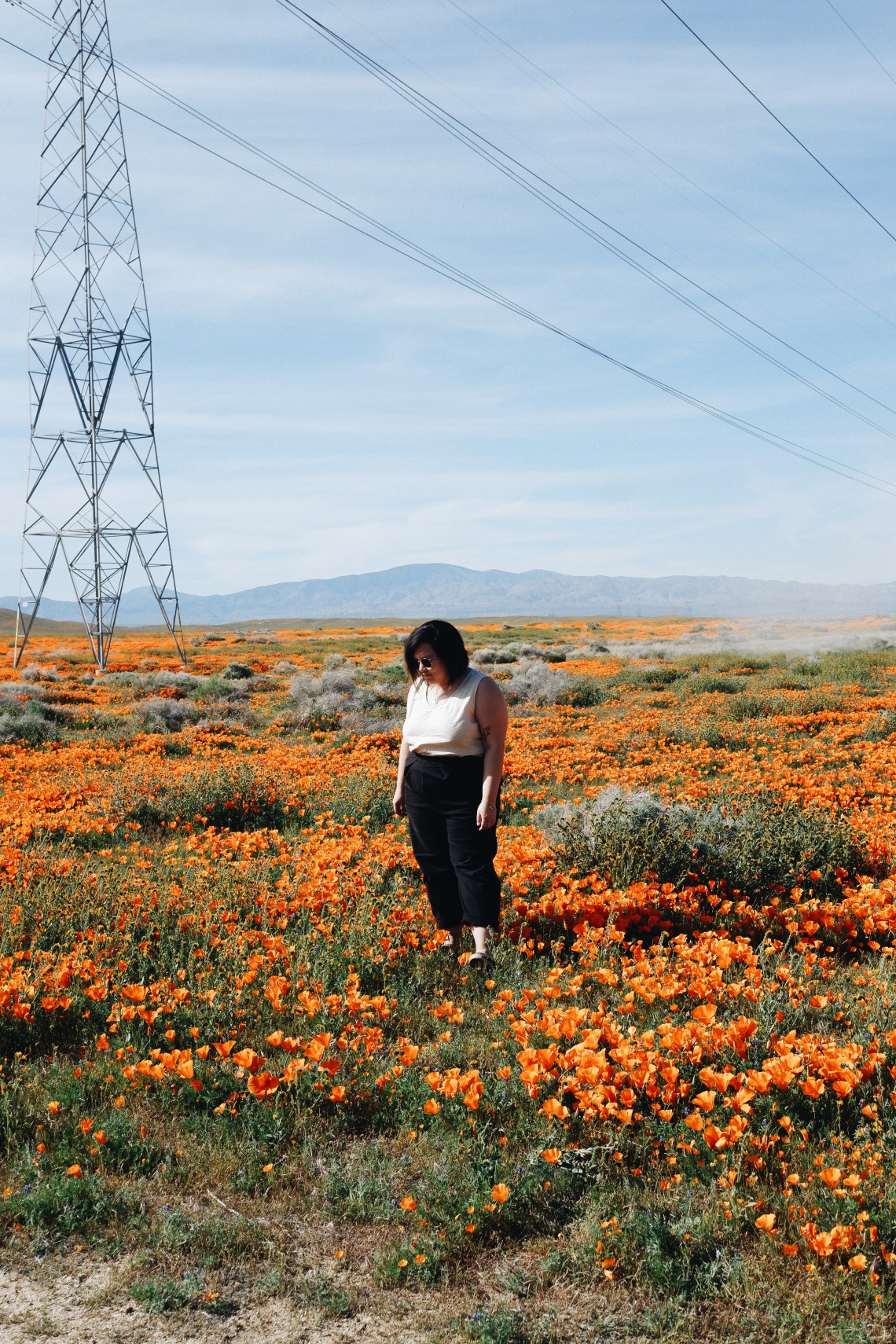 Please note that no wildflowers were harmed in these photos. We were not at the Antelope Valley California Poppy Reserve. We never made it there. Instead, we took the road less traveled and did a bit of off roading to find a random field of poppies. We were then very careful to stay on the dirt paths, and to only step where no poppies were growing. Camera angles can be deceiving.