The best kinds of conversations are those that never really end–the ones that still keep you thinking about what was said, the ones that you pick up and put back down for days and weeks to come. Creativity (the idea of having it, or the state of being in it) is a reoccurring theme that pops up into our conversations frequently. Some of you may even remember a previous blog post in which I talked about creativity–and how we thought we had run out of it or had lost it. As if it were some superpower, we hoped that creativity would magically come back into our hands as we continued to wield our cameras. It struck me recently though that maybe our creative powers were never really lost. Maybe in actuality, all that had really changed was our perspective on the world. 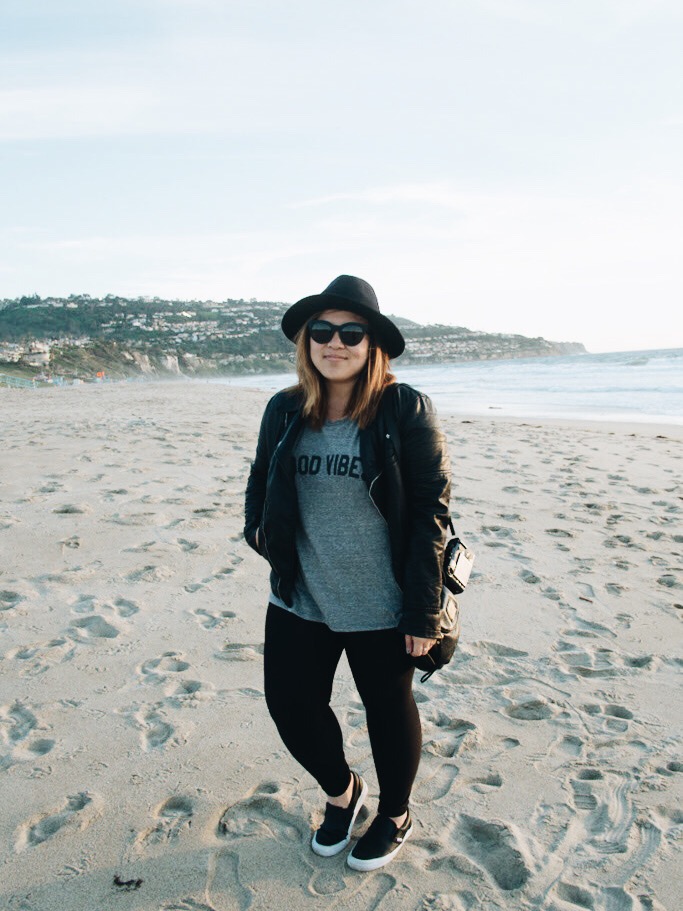 
For the past year, we felt that we had “lost” our creativity. The more jaded we became, the less motivated we were to capture our adventures. Looking back on our blog, everything and anything used to be an adventure to us–from romping around abandoned back alleys (in fact the more grimey the better!), to backcombing streets to catch the last rays of the sunset. Every tiled floor, non-red brick wall, or lush plant excited us. At some point though, nothing seemed novel or exciting anymore. Everywhere in LA became been-there-done-that, so we dreamed of greater adventures–believing and hoping that these would rejuvenate and jumpstart our adventurous spirits. We blamed LA. We blamed our jobs. We blamed the weather. We even blamed creativity itself. Therefore, logically, if we got out of LA, away from our jobs, away from the miserable weather, we’d be able to “be” creative again. We took to the faraway lands of Portland and the more accessible Central California–hoping and praying for some miraculous aha moment to strike us like lightening.
For fear of sounding snobby, I won’t say that the trips to Portland and to Central California did nothing for us, because every trip together has given us memories and experiences that we will never take for granted. We just didn’t get that jolt of inspiration we were hoping for. Now in hindsight, I realize that nothing was ever really wrong with Portland or even with LA. What was wrong was our attitude towards the world. With our noses so high up in the air, we couldn’t see beyond our own bullshit. For a year, we’ve been stewing in a sea of harsh and critical judgement of our surroundings. Nothing was deemed beautiful anymore. Nothing was worth capturing on our cameras anymore. It seems that we’ve just been going through the motions so that we wouldn’t completely stop the idea of being creative.
This particular moment on the beach though seemed to have awoken something within me. From the photos, it appears like another average trip to the beach for us, but average it was not! For the past half a year, our relationship has returned to a commuter relationship–seeing each other only between late Friday nights and early Monday mornings. A Wednesday night date was unheard of, but that day in March, we both drove about two hours to make this happen. After months of not seeing the ocean, I couldn’t stop smiling when we arrived. The first sight of the sky meeting the ocean took my breath away. Suddenly, nothing else in the world mattered. The only thing that mattered was that we were together, on a Wednesday afternoon in March, on the beach. I even remember telling him as we watched this sunset that I couldn’t believe that we were holding hands on a Wednesday. Even though we’ve frequented this beach many times before, the beach at that moment was so indescribably beautiful. It felt new and exciting again. I once again felt compelled to shoot all the small things and all the big things so that I would remember that we were holding hands on a Wednesday. There were definitely very good vibes everywhere that day.
“Photography is an art of observation. It has little to do with things you see and everything to do with the way you see them.”
–Elliot Erwitt