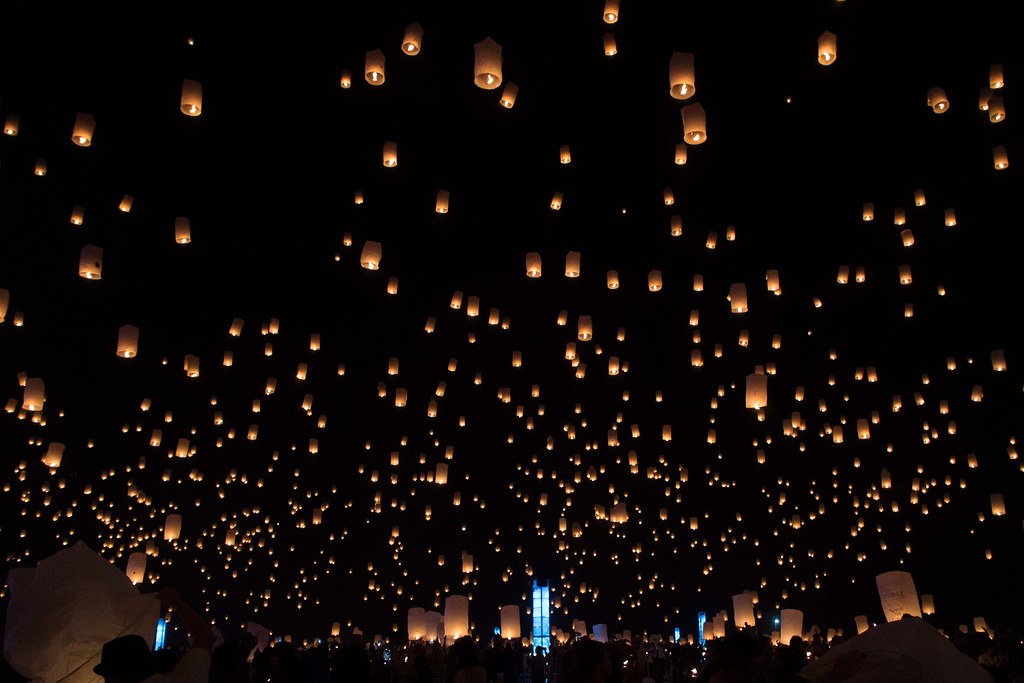 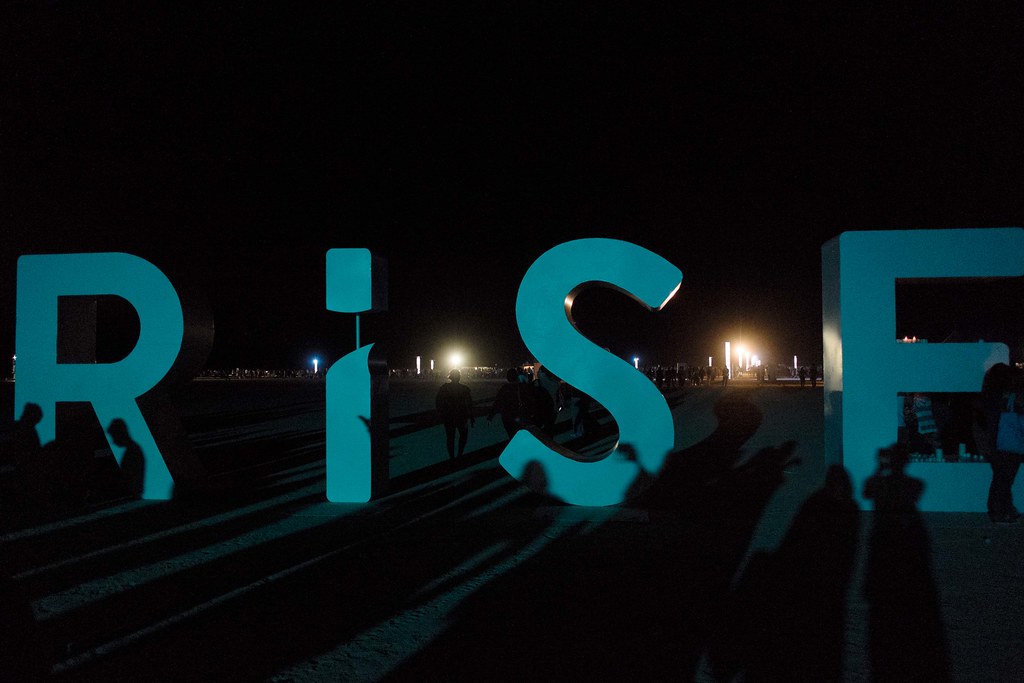 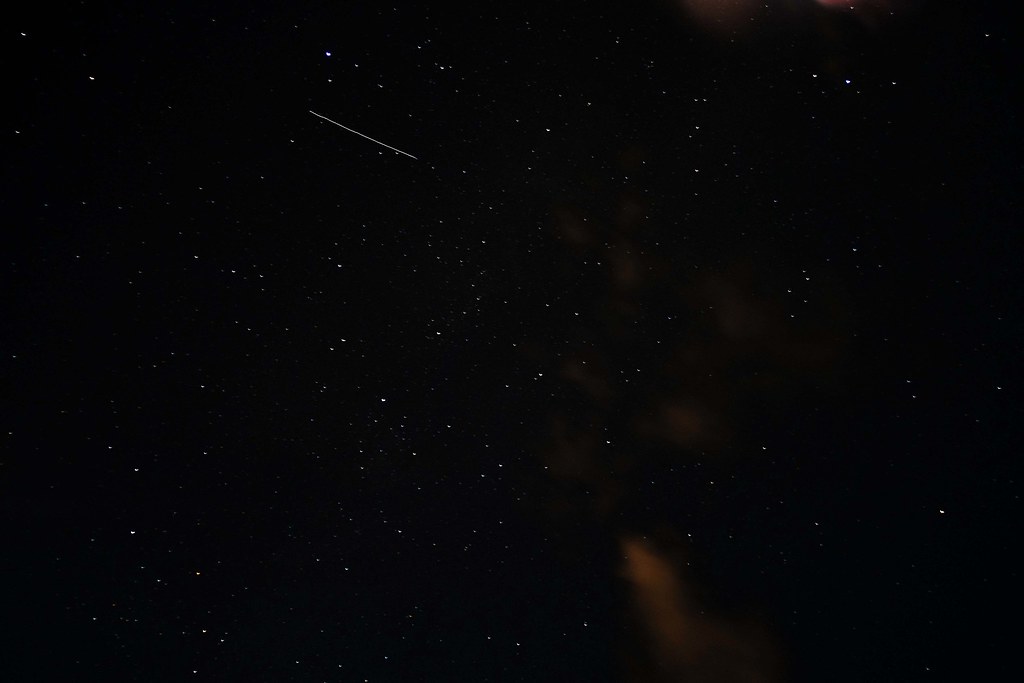 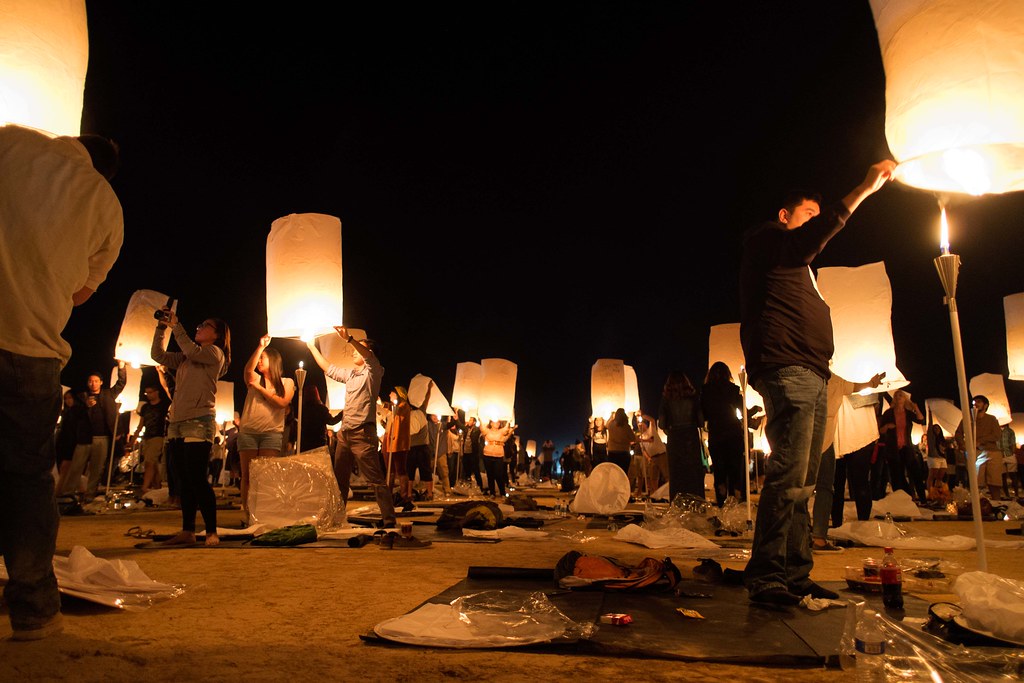 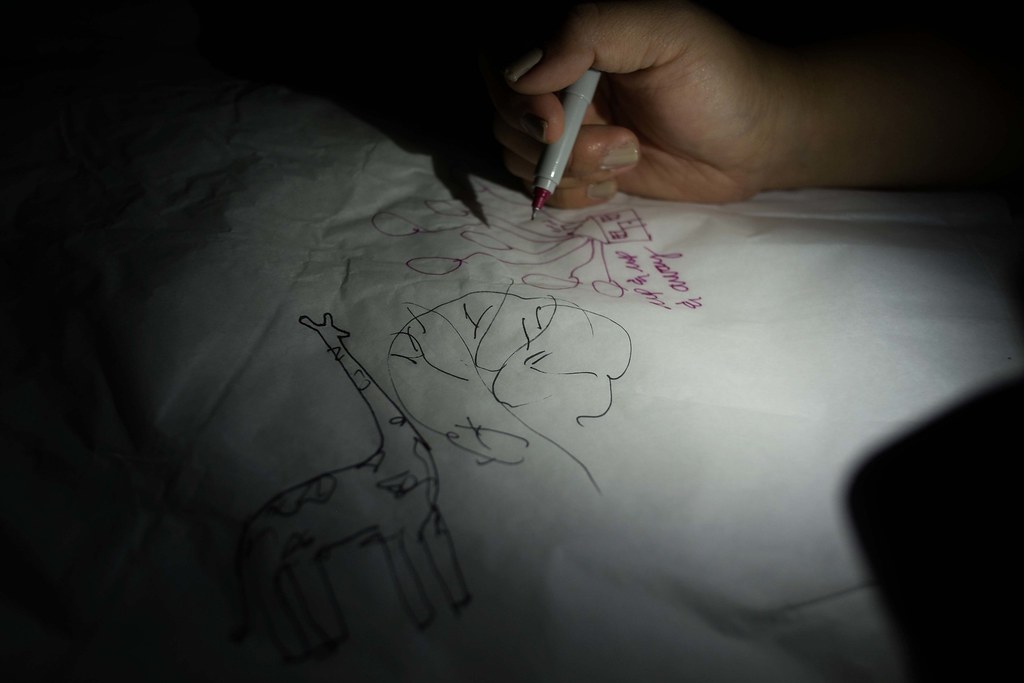 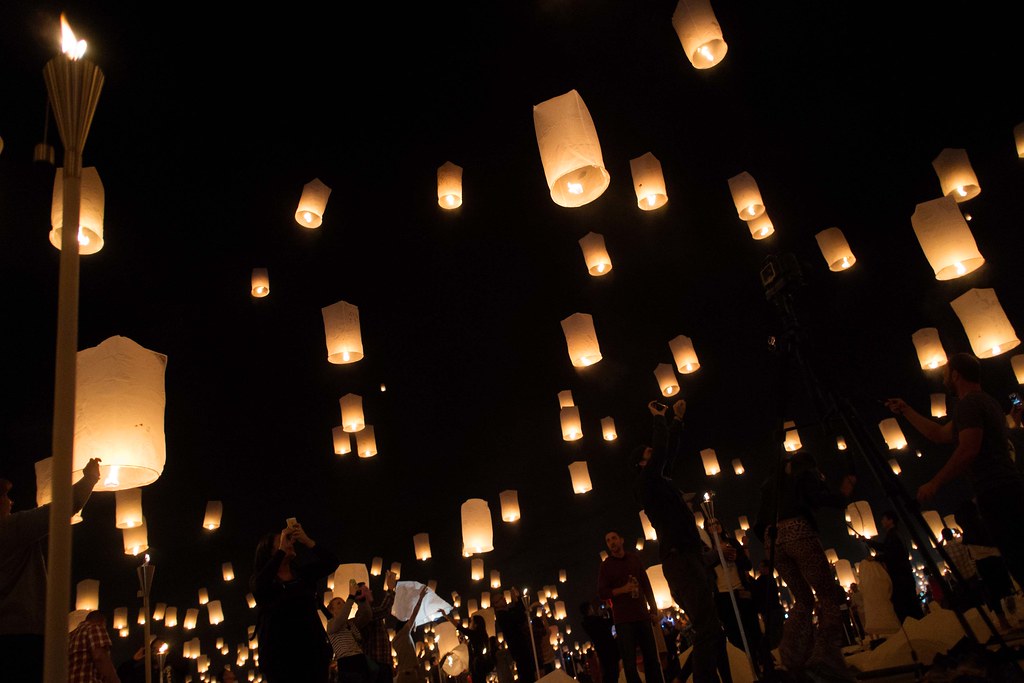 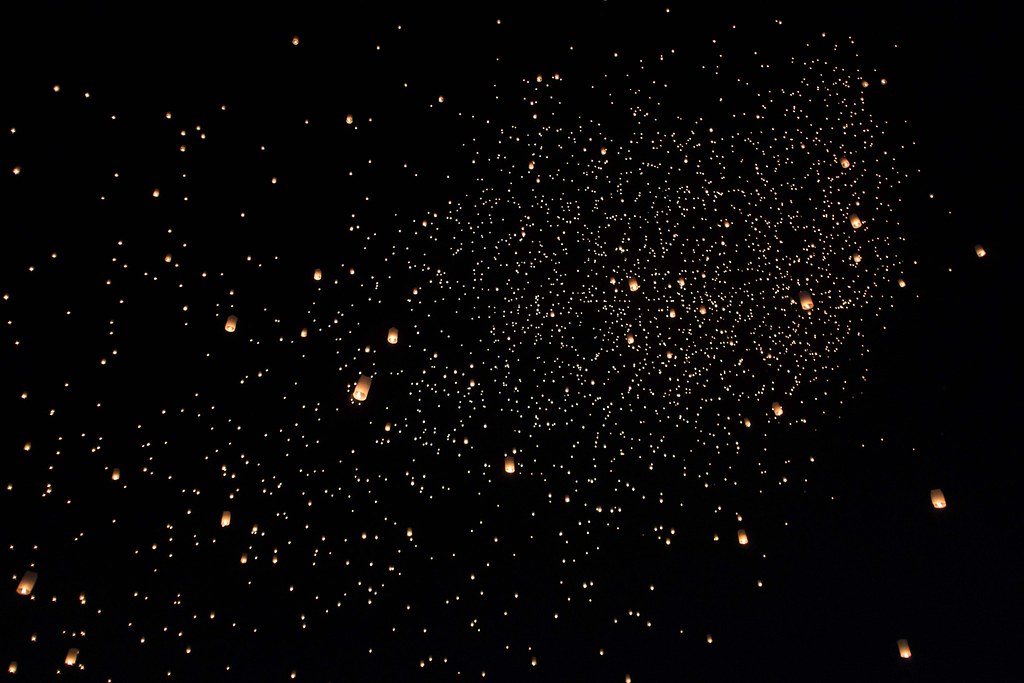 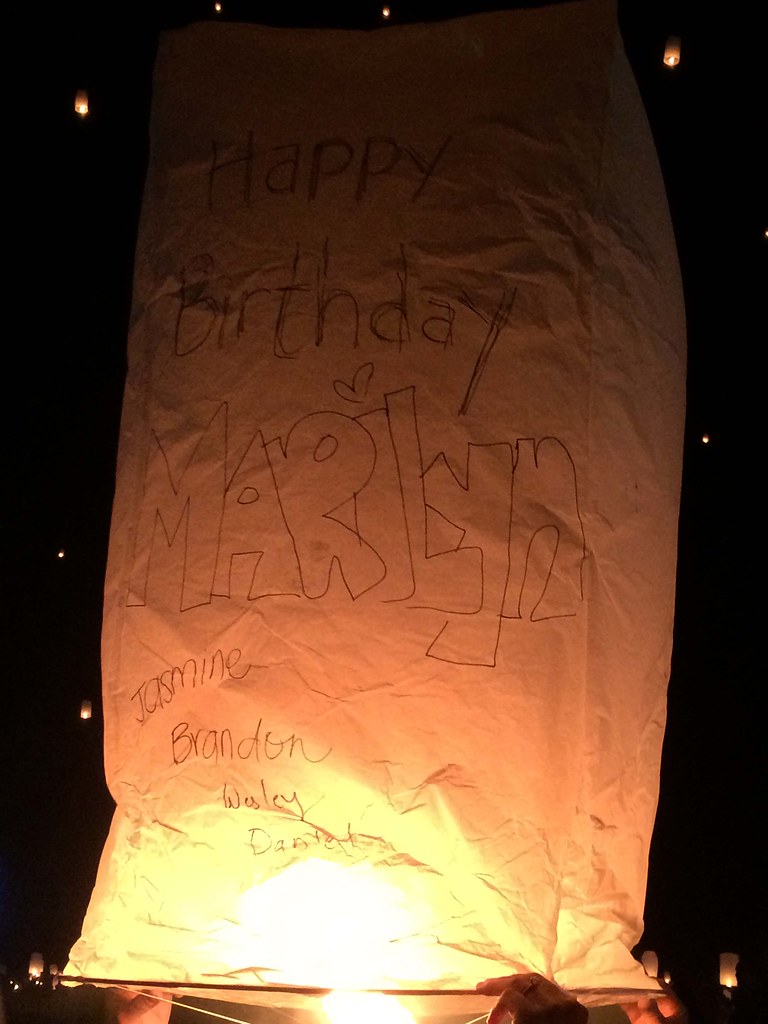 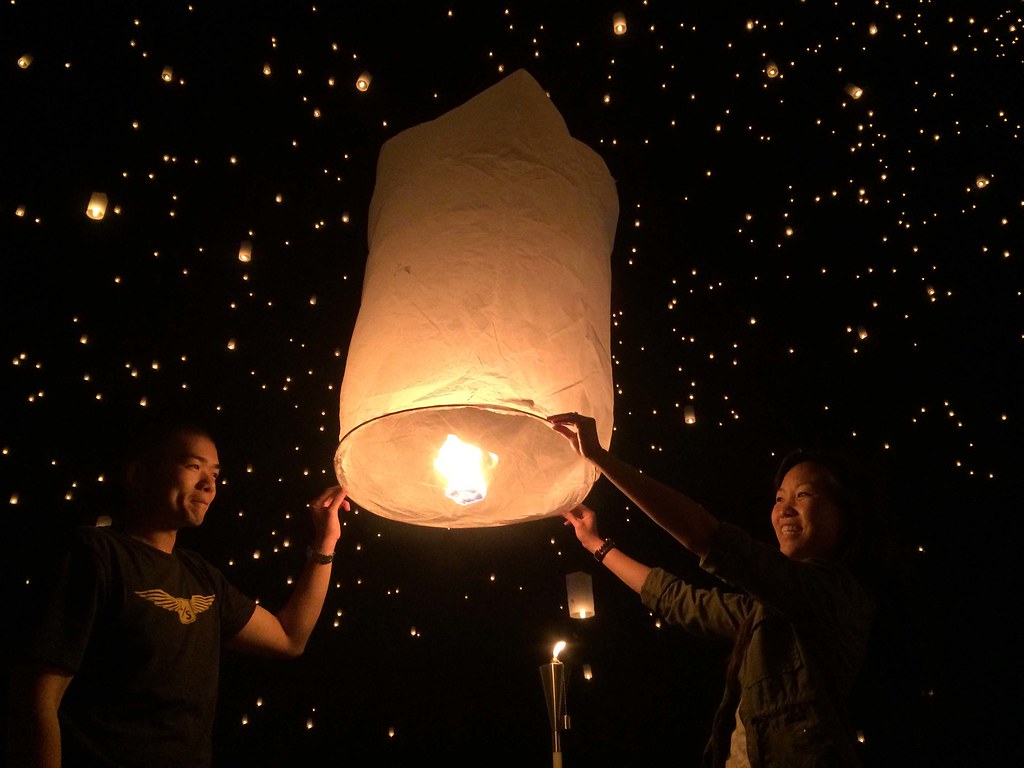 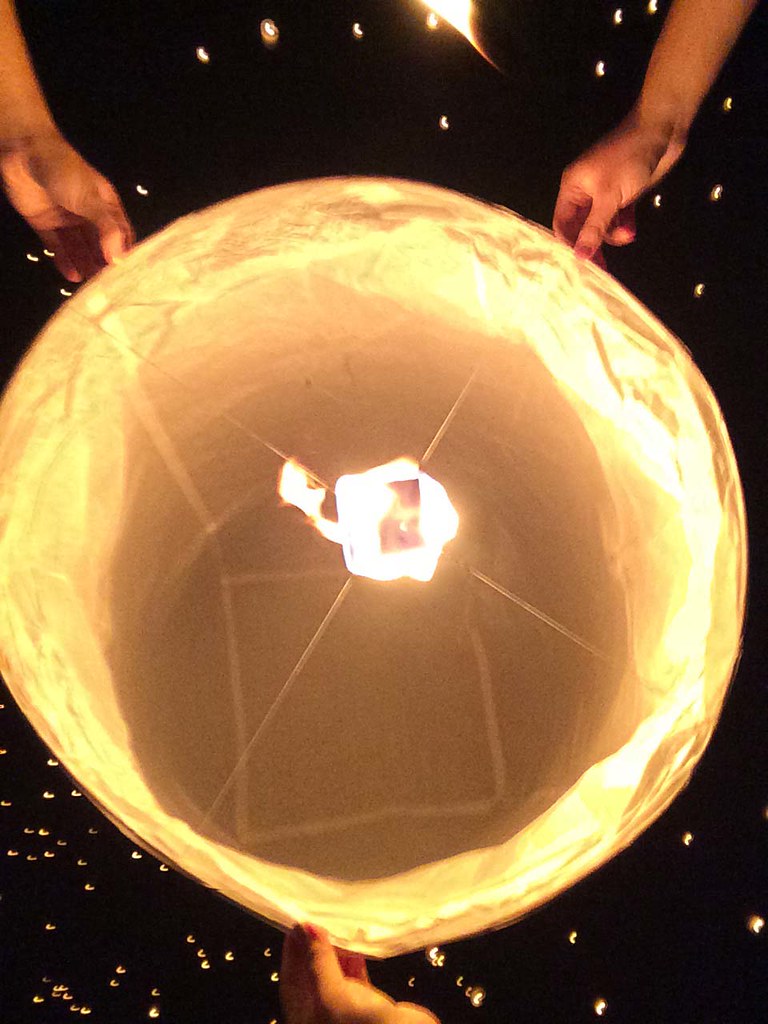 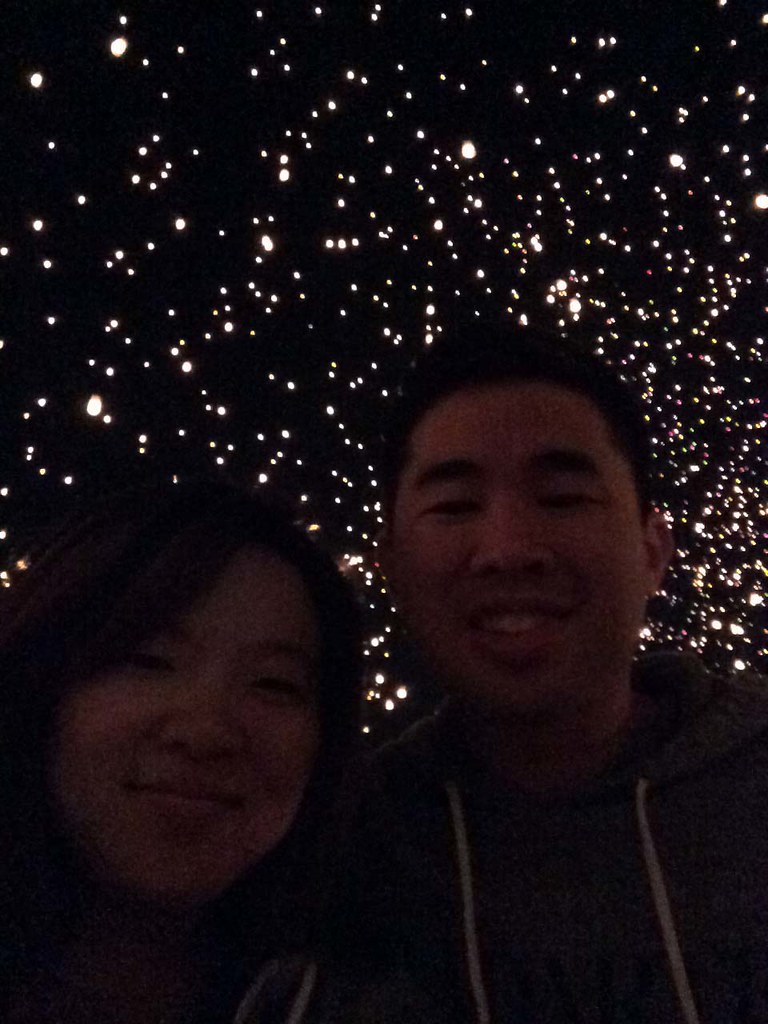 It was our friend’s Marilyn’s 25th birthday that day and we were all excited to experience a real life Disney moment. After luckily avoiding the traffic to get to the shuttle at the Gold Strike Hotel, we waited in line for over an hour before finally getting dropped off in the middle of the Mojave Desert just three miles away from the hotel. It was another trek to finally get to the site, and once we did, we were told to find an empty spot despite having assigned seats on our tickets which weren’t even checked. We luckily found a spot with enough yoga mats and lanterns for our group of five. Once we were settled and wrote our hopes and dreams on our lanterns, we were ready to finally light our lanterns. The actual event where we lit and let our lanterns go was purely magical and indescribably beautiful, and was accompanied by the perfect soundtrack. Nothing will ever take our breath away quite like that first simultaneous release of thousands of lanterns into the empty night sky.

With full and inspired hearts, we began our journey home at 9:30 P.M. and what a journey it turned out to be. It was an apocalyptic-feeling trek back to the shuttle buses that rivaled scenes in the Titanic and The Walking Dead. With no lighting to guide our walk back to the shuttle, we stumbled over rocks and into holes. We then hit a wall of people that had formed in a huge crevice in the ground. There was no organization or system to getting all 10,000 of us home. It quickly became a free-for-all and every-man-for-themselves situation reminiscent of The Hunger Games. After trying to do the honorable thing and waiting in the “line” we were in and watching people cut in from the sides, we contemplated on just walking the seven miles home; but, with no lit path back to the hotel, we made our way to the front of the crowd where buses were supposed to be loading and commenced our four hour wait to get home. Families with children and the elderly were waiting out in the cold and breathing in clouds of dust that enveloped us as we waited. Partially filled buses continuously passed by and we were outraged that the buses just seemed to be randomly stopping to open their doors and loading people. After asking the officials where the loading spots were, we continuously got redirected to various zones; however, there was no designated zone. The police tried to alleviate the problem by creating a zone at the far end of the crowd, but to no avail, and instead caused a congestion of buses where they could come in but none could get out. Hours passed before a kind-hearted staff member heroically disobeyed police orders and flagged down a bus for us and rerouted it to the Gold Strike instead of the Rio. Like cattle, we were finally herded into a bus at around 2 A.M. and felt lucky as we pulled out of the site and still saw thousands of people waiting for their shuttle home. Tired, hungry, and defeated, we hobbled into the shower to rinse the layers of grime, tears, and dust before crawling into bed and falling asleep to TV.

All of this could have been avoided had there been better planning on the event’s part. More stories can be read on Yelp or on their Facebook page.